Get a call back

How to choose the right dedicated server? 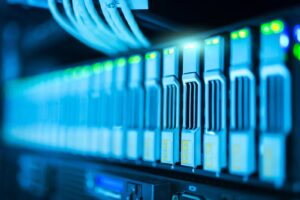 Dedicated server, also called Dedicated server is a type of hosting. Characterized by the fact that the user gets at its disposal a separate physical machine. All her possibilities belong to the client, no need to share resources with anyone. Choosing the right dedicated server, you optimize the work. How to do this, we will consider in this article.

A separate physical machine is usually rented because of the required capacity. The project requires a lot of resources, so share them with someone else is not an option, and even a dedicated server must have the appropriate resources.

This type of hosting allows the client to equip their own server. The user determines what should be the processor, disk capacity, RAM. If necessary, you can connect special equipment to increase efficiency. Thus the client gets the best server for his work.

What parameters make it possible to choose the right dedicated server?

First, it is recommended to decide for what purpose the server is rented. This can be a huge, complex project that requires a huge amount of resources, a site with a large number of visitors, or storage for more information. On this basis, we can anticipate, which characteristics should have a machine.

First of all, pay attention to two parameters – the number of cores and frequency. Let’s say, what should be more depends on the tasks assigned to the server. Processors with a large number of cores, usually have a reduced frequency. This reduces the power consumption, but it remains a good performance.

This type of processors is suitable for those operations that require multithreading and paralleling calculations. Examples of such processes are virtualization and video encoding.

There are tasks for which, on the contrary, high frequency is important, but not the number of cores. An example of this would be when working with licensed software which regulates the number of cores, or when a business automation system is installed.

The importance of this component is that it is responsible for the speed of information processing. The RAM stores the output, input and intermediate data of the operating system and software. The number of operations directly affects how much memory you need. The more operations on the server, the more RAM you need.

This is a parameter that indicates the maximum speed at which information can move across an interface. The two types of ports most commonly used are:

There are two primary characteristics to choose from – access time and capacity. There are three types of disks that are commonly used:

The first type is SATA, which has the slowest read speed of the three disks mentioned above. At the same time they have a very large capacity, you can store dozens of TB of data. This type of drives will be optimal for storing large amounts of information, video encoding and backups. That is, for those operations in the course of which there is no regular reading and writing of data.

High performance is characterized by the second type – SAS. In contrast to the above types, data will be an excellent solution for operations where you need multi-threaded access and high speed. The factor that distinguishes them from SSDs is the ability to rewrite information many times, SAS allows to do that. But they cannot store as much data as SATA. The second type of drives will be optimal for hosting, information base management system, distributed systems, WEB-servers with high load, terminal servers and servers of business automation systems.

The third type – SSD, are characterized by high durability, speed, reduced power consumption. However, they do not allow to overwrite large amounts of data. They are optimal to use in case of high loaded projects. If a site works on CMS – they use several files simultaneously while loading page.

Reliability of information storage increases if you use server configurations with SSD in RAID arrays. The specified option increases fault tolerance and speed of two processes – writing and reading. Access to information is preserved.

There are three types of RAID arrays:

The right dedicated server - an increase in efficiency

You should be guided by the tasks that need to be solved. The more there are, the more complex they are, the more resources the server needs to have. Dedicated server can be manned independently, based on the needs of the business.

If you are interested in hosting please contact our experts. We will be happy to answer your questions!

We know what your business needs

A4-Hosting team of specialists will gladly do all the work for you. Trust your business to professionals!!

For detailed information, please contact our employees. We will gladly answer your questions!

Write to Telegram
Write to WhatsApp

Order a consultation and we will answer all your questions